Dr. Burkey was raised outside of Philadelphia, Pennsylvania. He graduated from Williams College and Georgetown University Medical School.

During medical school, Dr. Burkey was awarded a two-year fellowship by the Howard Hughes Medical Institute to conduct laboratory research on the neuroscientific mechanisms of pain. Adam completed his medical internship in New York City at Columbia Presbyterian Hospital, followed by a three-year residency in Neurology at Washington University in St. Louis. Dr. Burkey then returned to Philadelphia where he pursued a fellowship in Pain Management at the University of Pennsylvania. Dr. Burkey simultaneously obtained a master’s degree in Epidemiology, measuring pain and neuropathy in cancer patients.

Dr. Burkey spent more than seven years at UPenn and then opened his own private practice in 2011. In 2015, Dr. Burkey moved to the State of Washington and is now the Managing Partner of Pain Care Physicians, PLLC and Medical Director of Anesis Spine & Pain Care. In addition, Dr. Burkey is the Vice-Chair of Pain & Palliative Care Section for the American Academy of Neurology, and on the Education Committee of the North American Neuromodulation Society. Dr. Burkey is a Scientific Advisor to the Mary E. Groff Charitable Trust, a private foundation focused on brain research, science, and education.

Dr. Burkey’s focus is to bring a multidisciplinary and collaborative approach to the treatment of chronic pain that limits opioids and improves functional quality of life. 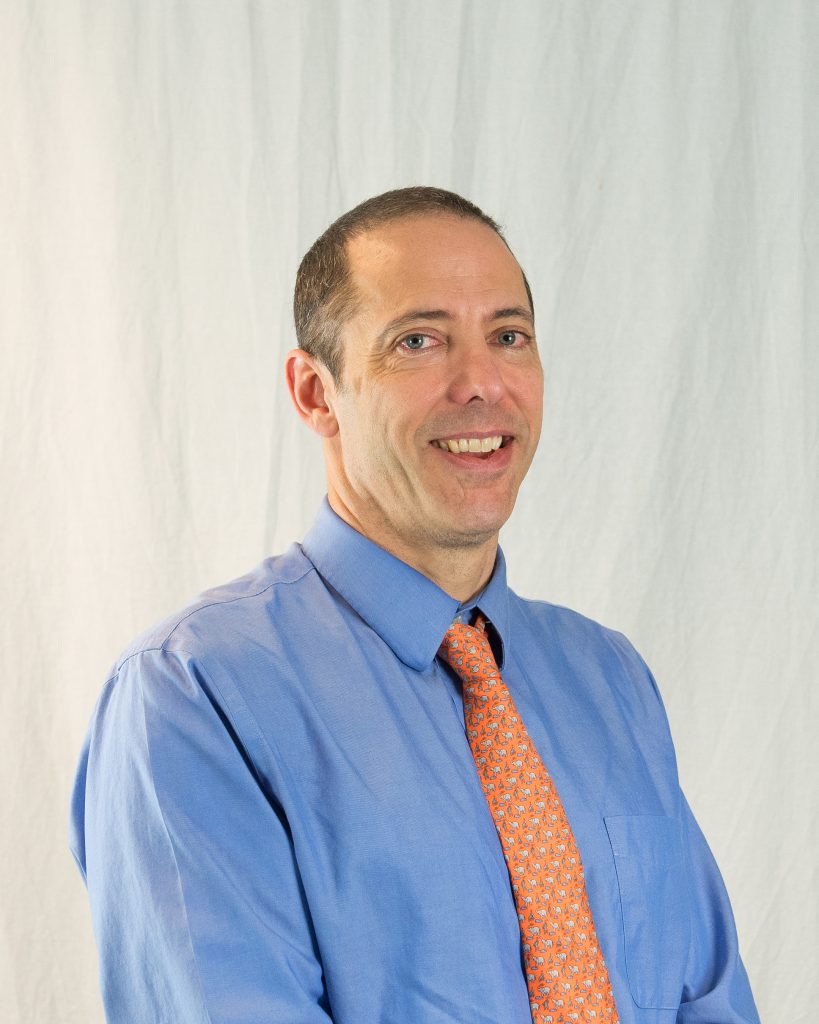 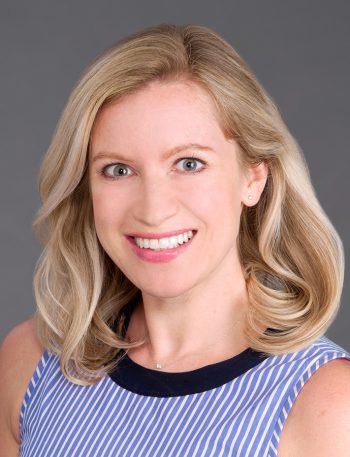 Dr. Harstroem was born and raised in Sweden. She earned her Doctor of Medicine degree at the Medical University of Lublin, where she graduated with the Highest Achievement Award. During her clinical training, she received Honors with Distinction degrees as an exchange student at Harvard Medical School, MA, as well as during her time at Cornell University-affiliated hospitals in NYC.

After medical school, Dr. Harstroem completed her internship and anesthesiology residency at Wake Forest University, NC, where she trained and conducted research with some of the leaders and world-renowned pioneers in the field of pain medicine and neuromodulation. This inspired her to further specialize within this developing field, and she subsequently completed a fellowship in Interventional Pain Management at Virginia Mason Hospital in Seattle. She is a member of the American Society of Regional Anesthesia and Pain Medicine, North American Neuromodulation Society, Spine Intervention Society, American Interventional Headache Society, as well as the American Society of Anesthesiologists.

Dr. Harstroem focuses on a comprehensive, multimodal approach to improve pain and functionality, with an emphasis on interventional procedures to limit opioid usage. Her goal is to see her patients return to the activities they enjoyed before they were limited by chronic pain conditions.

Dr. Ray Zhang was born in Chicago and grew up in the Bay Area.  He attended UC Berkeley for college, where he majored in Biology and Economics.  Afterwards, he moved to Seattle for a research position, and it was then that he first fell in love with Seattle and the great Pacific Northwest.

He attended medical school at Northwestern University in Chicago, and was excited to return to Seattle for both his residency in Anesthesiology and fellowship in Pain Management at the University of Washington.  There he became skilled with a broad range of interventional pain procedures, and equally as important, he came to understand how complex the interplay is between our mental health and bodies.  As a result, he believes in a multidisciplinary and holistic approach to treating patients, and that compassion and self-empowerment are critical to healing.

In his personal life, Ray likes to practice yoga, cycle, garden, dance to live music, cook for friends and family, and bring people together as often as he can. 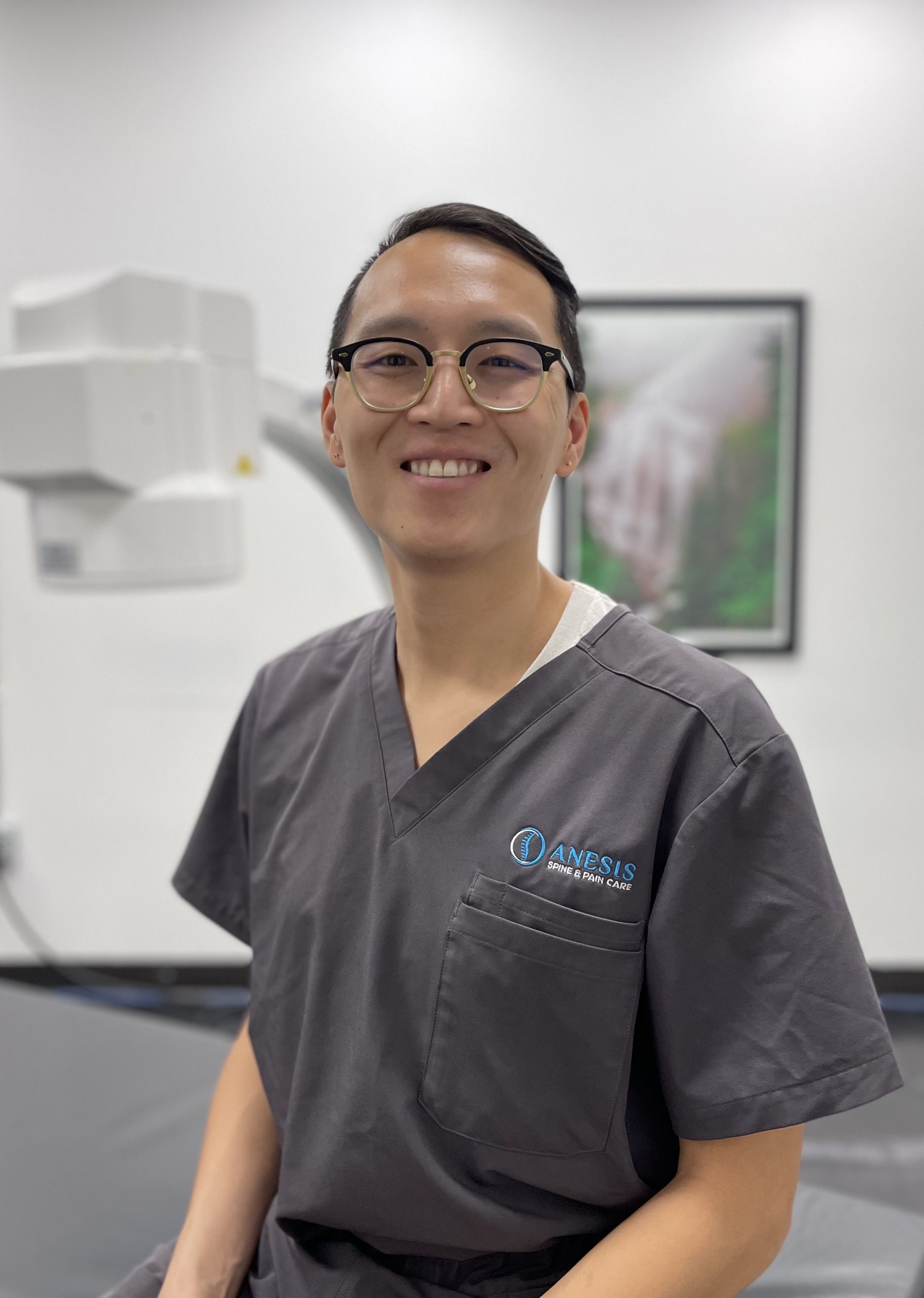 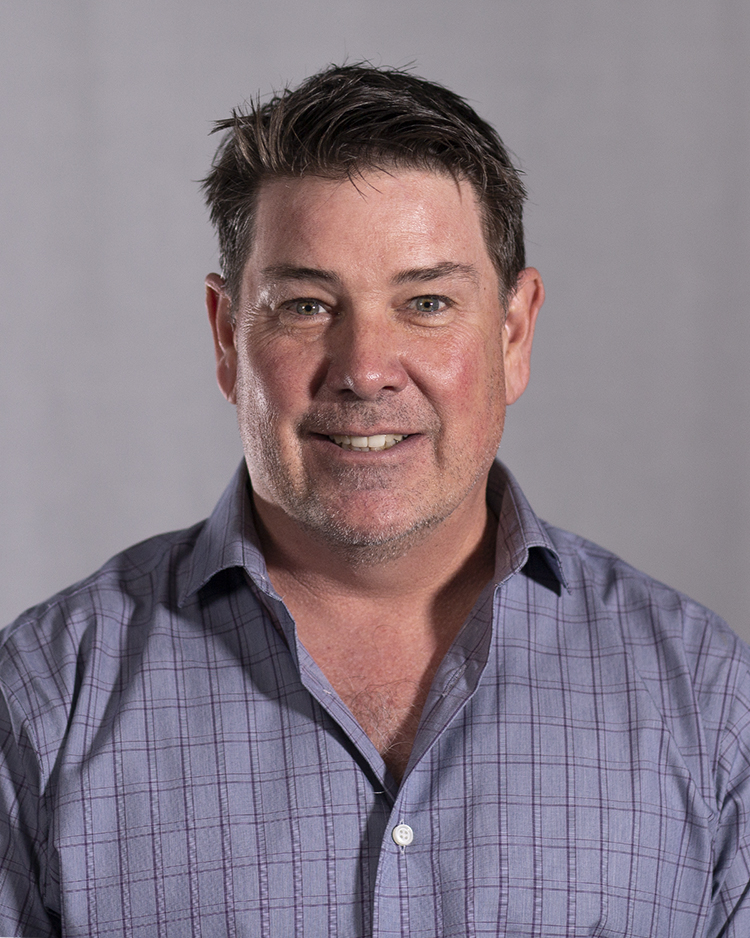 Zachary Kile PA-C comes to us after 25 years of multispecialty surgical and Interventional pain experience as an independent practitioner. He traveled the country for 12 years working and assisting in surgery for some of the most respected Surgeons in their fields from Orthopedics, Neuro, Cardiothoracic, General surgery and Trauma.

Zachary understands patient’s pain symptoms as he has had an injury that required a major lumbar surgery. His approach is to deeply understand and connect with his patients through trust, communication and compassion.  Zachary firmly believes that patients can overcome their pain through simple interventional therapies and ultimately live happier, more productive lives.

Zachary was the recipient of Seattle Met’s Top Physician Assistant award in 2020. In his spare time Zachary enjoys traveling, spending time with friends, and anything outdoors.

Paul Schwartz PA-C, LAc received his BA in Anthropology and Creative Writing from the University of Arizona in 1992. After living in Taipei, Taiwan for five years, he and his wife, Raejune, moved to Austin where he attended AOMA Graduate School of Integrative Medicine and earned his Master’s degree in Acupuncture and Oriental Medicine. In 2006, he and his partners opened Neighborhood Acupuncture Project, the first community acupuncture style clinic in Texas. In 2012 he moved to Seattle and pursued another path. By 2018 he graduated from the University of Washington’s Physician Assistant program with the goal of eventually practicing Integrative Medicine. He strongly believes in the benefits of combining the best of traditional systems with modern biomedical approaches to healing. 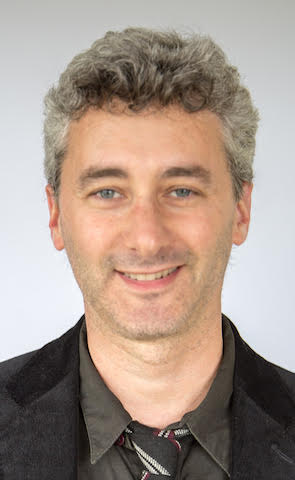 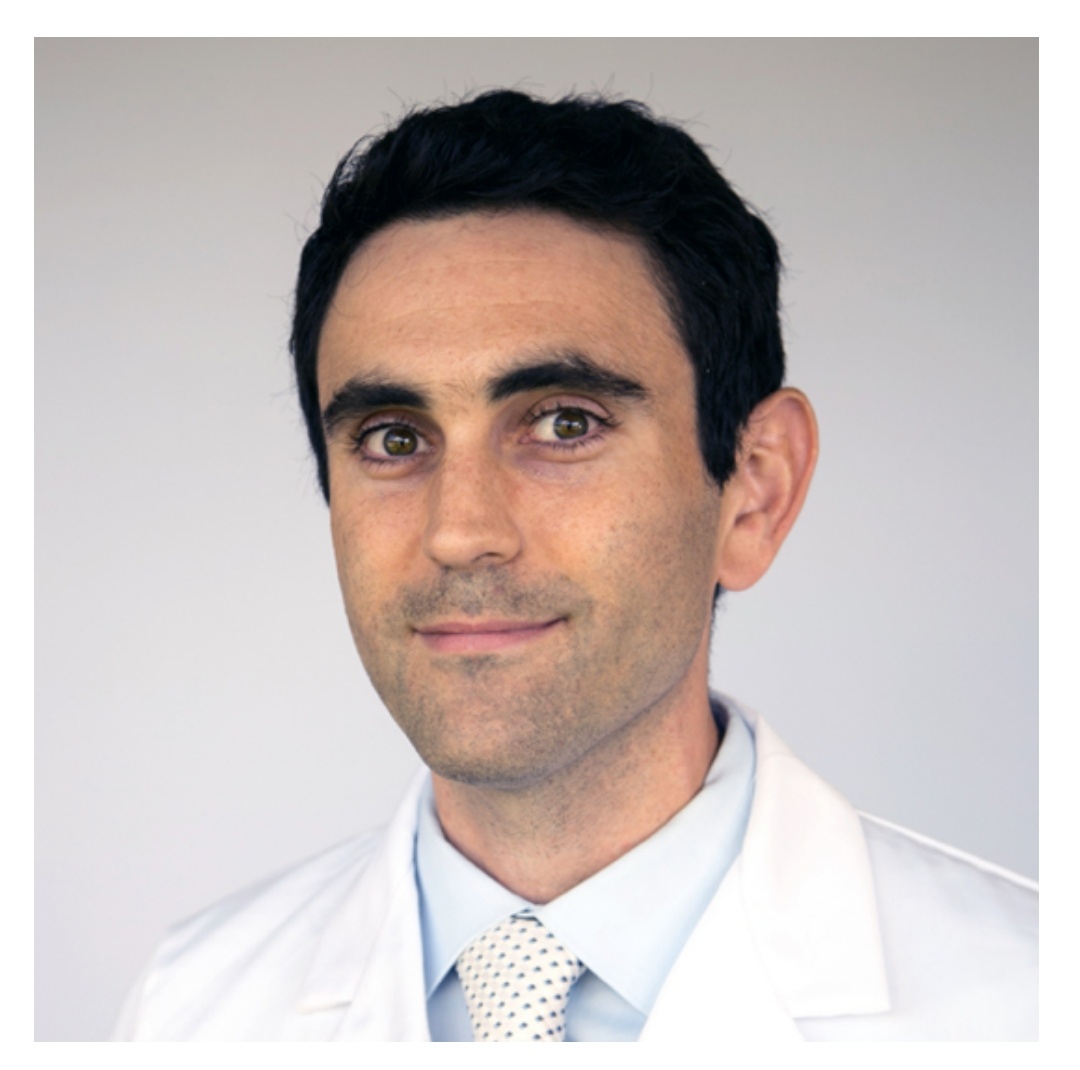 Warner Asch graduated from the University of Washington’s MEDEX Program with a Masters of Clinical Health Services. He has worked extensively in Family Practice and Urgent Care settings. Before becoming a PA, he worked as an EMT throughout the King and Snohomish county areas.

His professional interests include treatment of chronic pain conditions particularly of the neck and back, medication management, and fluoroscopic joint injections. He aims to be the type of clinician who can provide a sense of calm and trusted guidance about health.

In his spare time, he enjoys listening to music, taking walks, and camping.

Joseph Warner graduated from the University of Nebraska Medical College in 2015 with a Master’s degree in Physician Assistant studies.  He retired from the United States Army after 21 years of service where he served as a primary care provider.

Joseph focuses on empowering his patients to take charge of their circumstance, ensuring they prioritize themselves during the recovery and treatment process.  He firmly believes that most problems can be solved through active listening and shared decision making.

Joseph enjoys staying positive at all times, spending as much time with his family as possible and finding time for fitness. 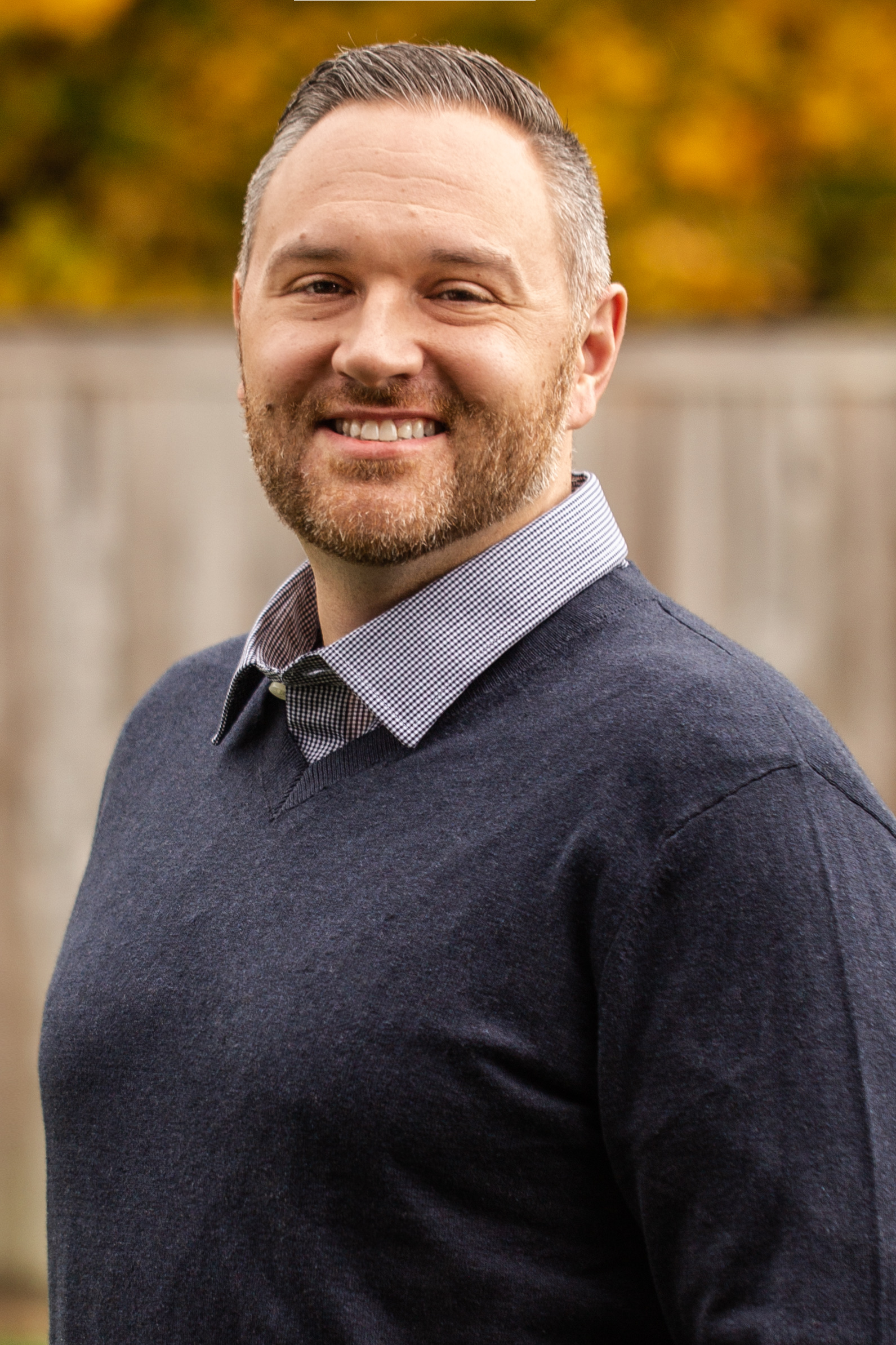 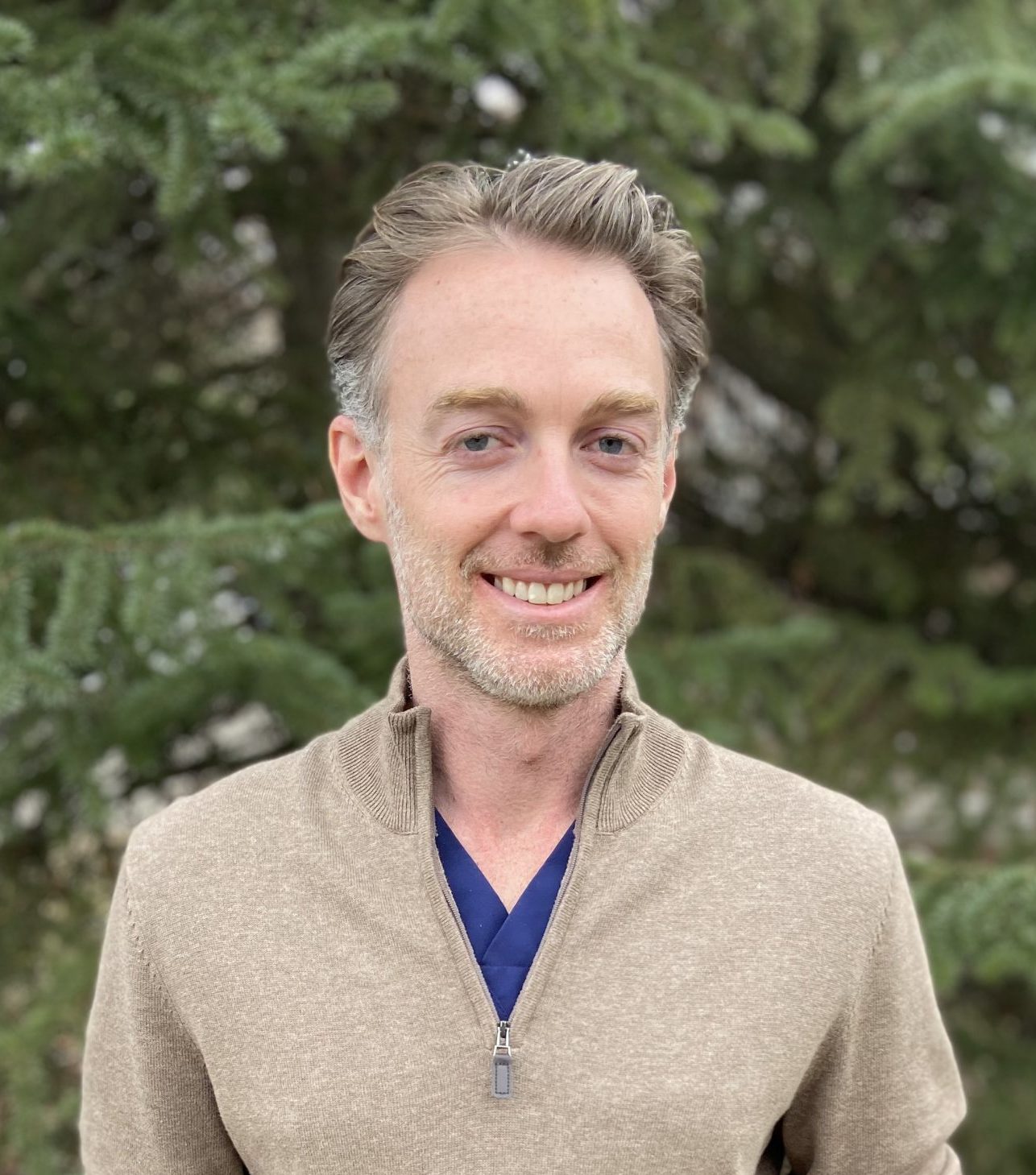 Byron was born in Germany, and was raised in multiple locations, most prominently southwest Germany, northern New York, and central coast California. He earned his degree as a primary care adult gerontology nurse practitioner from Yale University in May 2021, with a strong emphasis in community care, neurology, and preventative medicine. Before becoming a nurse practitioner, his previous career involved luxury sales and marketing in California, as he completed his undergraduate degree at Northern Arizona University in Hotel and Restaurant Management.

In his personal life, Byron greatly enjoys snowboarding in the winters, golfing in the summers, and challenging himself with local trivia nights in all seasons.

Providing multi-disciplinary care for those suffering from chronic pain.